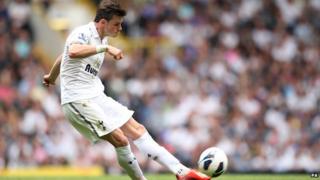 The nominations are out for the Uefa Best Player in Europe Award, and no one from the Premier League made it in to the top three.

On the shortlist are Barcelona's Lionel Messi who won the award two seasons ago, Bayern Munich's Franck Ribery and Real Madrid's Cristiano Ronaldo.

The winner will be announced at the end of the month.