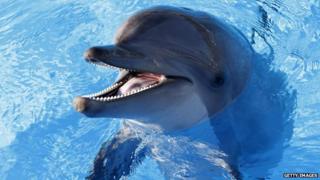 Scientists say they believe it's dolphins that have the longest memories of non-human species.

Researchers in the US say that even after 20 years of separation, dolphins can recall the whistles of former companions.

They believe this could be because dolphins have complex social lives, often leaving a group and joining it again much later.

The dolphins were able to remember family members as well as strangers.