An artificial beef burger grown by scientists in a laboratory was revealed in London on Monday.

The burger was cooked by chef Richard McGowan, from Cornwall, and tasted by food critics. One said: "it's close to meat, but it's not that juicy".

It's thought that growing meat in labs may be kinder to the environment and reduce animal suffering.

The meat is grown from just a few animal cells, so animals wouldn't need to be killed to make the burgers. 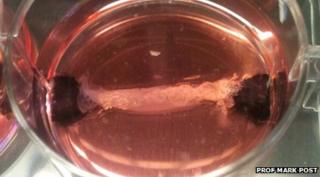 But the process isn't cheap at the moment. The sample burger cost about £250,000!

After tasting the burger, Austrian food researcher Hanni Ruetzler said: "I was expecting the texture to be more soft... there is quite some intense taste... The consistency is perfect, but I miss salt and pepper." 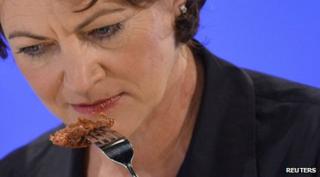 She added: "This is meat to me. It's not falling apart."

Another food critic said: "The mouthfeel is like meat. I miss the fat, there's a leanness to it, but the general bite feels like a hamburger."