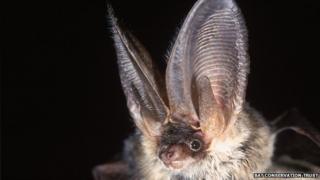 The grey long-eared bat, one of the UK's rarest mammals, is in danger of disappearing if it's not given extra protection.

A study by scientists at the University of Bristol found there were only about 1,000 of the bats left in the UK.

They are mainly found along the south coast of England and on the Isle of Wight, with a few on the Channel Islands and just one spotted in Wales.

The researchers say the bats' habitat should be protected.

The Bat Conservation Trust said the grey long-eared bat should be given "UK Priority Species status" to make sure that money is spent protecting where the bats live.