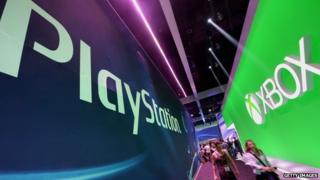 A leak on a toy shop website has revealed that two major games consoles are being released in time for Christmas.

Release dates for the new Playstation PS4 and the X BOX One were leaked by 'Toys R'Us'.

According to the toy shop, Microsoft's X Box One will be launched on the 29th of November and Sony's PS4 will follow on the 13th of December.

Neither Microsoft or Sony have confirmed these dates.