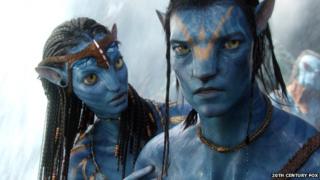 Back in 2010 two sequels to the space story were announced - but now Cameron says two films "would not be enough".

The 2009 3D film is the highest grossing movie of all time.

"In writing the new films, I've come to realize that Avatar's world, story and characters have become even richer than I anticipated," Cameron said in a statement.

"It became apparent that two films would not be enough to capture everything I wanted to put on screen," he continued.

While Cameron wrote the original movie, four screenwriters have been signed up to work with him on the scripts for the sequels.