England aiming to wrap up Ashes 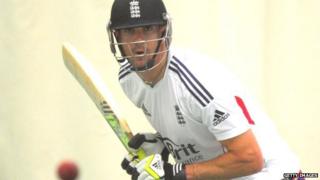 England's cricketers will retain the Ashes if they win or a draw against Australia in the third test, which begins today.

Star batsman Kevin Pietersen will have a late fitness test on his injured calf muscle ahead of the match.

Captain Alastair Cook says Kevin "has worked incredibly hard with the medical team" and had his "fingers crossed."

James Taylor is in line to take his place in the match at Old Trafford, if Kevin hasn't recovered.

England lead the best of five series two-nil after winning the first two test matches at Trent Bridge and Lords.