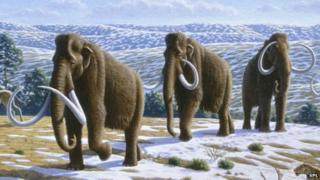 Woolly mammoths could be brought back to life, says the top British scientist who cloned the world's first mammal, Dolly the sheep.

Sir Ian Wilmut says that cells from frozen mammoth remains could be used to create stem cells - 'building blocks' that can grow into any type of cell.

These stem cells could then be used to make a mammoth embryo.

Sir Ian thinks this is "unlikely at present" but reckons it "might be possible in the longer term". 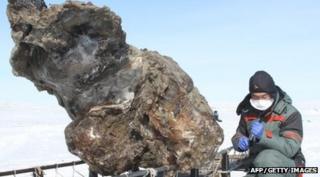 Writing on a website called The Conversation, he adds it's necessary to consider how a new mammoth would be cared for, as mammoths originally lived in cold climates.

It would also be important to keep give the mammoth an interesting and social environment - most likely done in captivity.

Sir Wilmut said that making a mammoth would be a different process to the one used to clone Dolly the sheep. 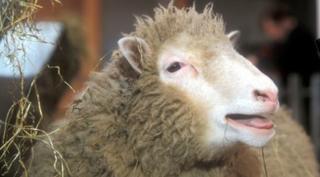 In 1996, a team of scientists led by Sir Ian Wilmut successfully cloned a sheep - called Dolly.

They did it by inserting DNA from a single sheep cell into an egg, and implanting it into a surrogate mother.

Sir Wilmut says this method is unlikely to work for mammoths because you need a female from a closely-related species to carry the baby.

TV scientists Dr Alice Roberts has questioned whether it is right to bring mammoth back to life.