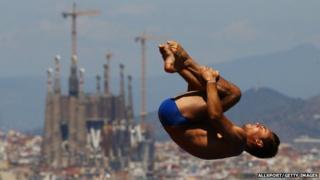 The Olympic bronze medallist was in third place with two rounds to go, but slipped down the rankings to finish with a total score of 470.60.

The 2009 world champion has been having problems with the triceps muscle in his right arm - he's torn it for the second time this year.