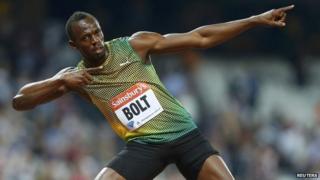 Usain Bolt has stormed to 100m victory once again in the Olympic Stadium - at the Anniversary Games.

He made a slow start, but powered to the finish line to clock a time of 9.85 seconds - his fastest this year. 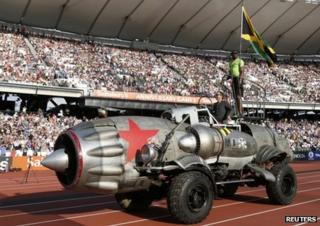 Usain Bolt arrives on his 'rocket'

The Olympic 100m and 200m champion was the star attraction of Friday evening - arriving on a 'rocket ship' in front of 60,000 fans.

Bolt said after his win: "As an athlete you have to know what you want, you have to set a goal and drive yourself."

He added: "I know what I want so I keep pushing myself, pushing the barriers, keep being better."

Bolt also said in his interview with Newsround that he's waiting for Manchester United to call him about playing for them!!

James Dasaolu, the second fastest Briton in history, pulled out before the race because of injury. 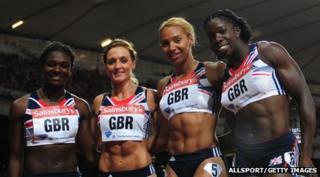 There was success for the British women's 4x100m relay team, who won with their fastest time since 2001! 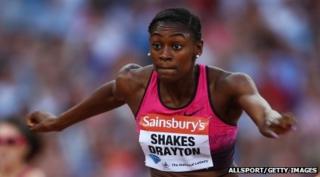 Britain's Perri Shakes-Drayton set a new a personal best of 53.67 seconds in the women's 400m hurdles, although it was only enough for second place.

The Anniversary Games is a three-day athletics event from Friday to Sunday, marking one year on from the opening ceremony of the London 2012 Olympics.

Check out some of the other stars taking part in the Anniversary Games.