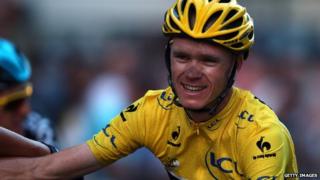 He took the title by more than four minutes, and linked arms with his team-mates as he crossed the finish line in Paris.

It's the second time in two years that a British cyclist has won the Tour de France.