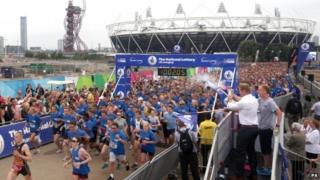 Around 15,000 runners have followed in the footsteps of Mo Farah and Jessica Ennis - by crossing the finish line in the Olympic Stadium!

It was for the National Lottery Anniversary Run, a special race around the Olympic Park that ended in stadium.

The main race was five miles long, and there was a shorter 1.5-mile family run for children.

It was the first public event in Olympic Stadium since the end of London 2012. 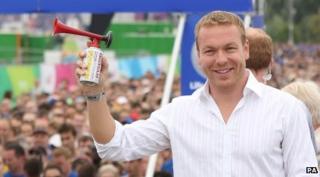 Sir Chris said: "It is a huge honour to start it and it gives me a great excuse not to show everybody my lack of running ability in front of thousands of people."