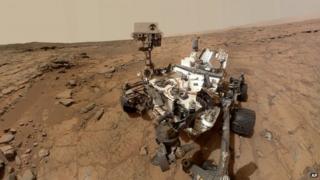 Nasa's Curiosity rover has found strong evidence that Mars was once habitable.

The most detailed study so far of the Martian atmosphere suggests the planet was not unlike Earth more than 4 billion years ago.

It's thought Mars once had a thick atmosphere, protected by a magnetic field.

This supports the view that it would have been warm and wet on Mars' surface with running water - believed to be vital to support life.

But it's likely the atmosphere was ripped away over billions of years by solar wind, after the magnetic field collapsed.