Chelsea offer £10 million for Rooney, but it's refused 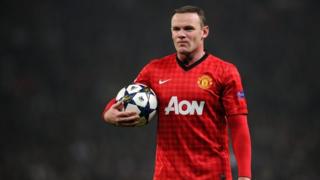 Chelsea Football Club asked to buy Wayne Rooney following reports he wanted to leave Manchester United, but the offer is turned down.

Chelsea offered £10 million in cash plus one of their players, but Manchester united insisted Rooney isn't for sale.

Rooney is said to want to leave Man U after comments by manager David Moyes, which sounded like Rooney wasn't his main striker.

Manchester United say they 'won't be bullied' into a sale, and are determined to deal with Rooney's future 'on their own terms'.