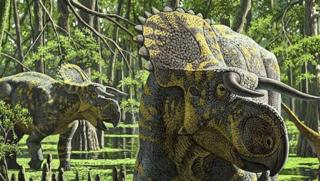 Scientists studying a dinosaur, that was found in the desert of Utah in America, say it is an unusual new species - that was funny looking!

It was first discovered in 2006, but it has taken several years to prepare and then study the fossil in detail.

The rocks it was found in date to about 75-million-years old. 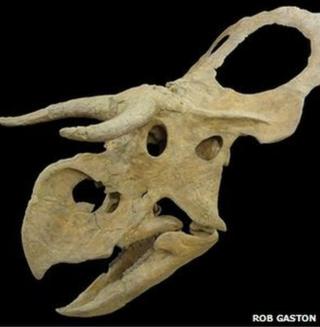 Dr Mark Loewen, from the University of Utah and Natural History Museum of Utah, told BBC said: "The horns are by far the absolute largest of any member of its group of dinosaurs - they curve sideways and forwards,"

"In addition it has the biggest nose of its group too."

"We would never have predicted it would look like this - it is just so outside of the norm for this group of dinosaurs."

The dinosaur would have been a herbivore which meant it just ate plants, but it weighed 2.5 tonnes which means it was massive!