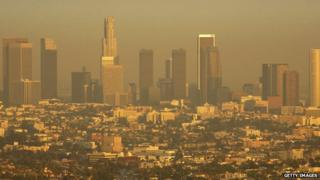 Scientists in the Netherlands say they have invented a pavement which they claim can absorb pollution.

They believe the technology could help to reduce the environmental impact of cars and lorries worldwide.

Researchers say that the pavement can reduce pollution by up to 19% in an average day.

Scientists in China, South Africa and the United States have said they're interested in this new technology.