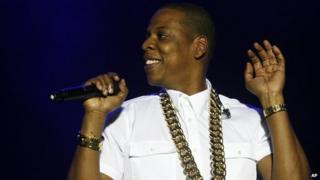 The rapper's highest-charting album in the past was 2011's collaborative project Watch The Throne with Kanye West, which peaked at number three.

His new album tipped Mumford & Sons' Babel off the top spot which had high sales following the band's appearance at Glastonbury.