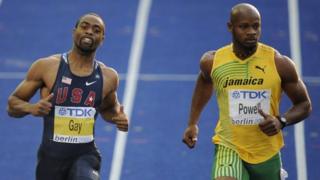 Some superstars of sprinting have failed drugs tests ahead of next month's world championships.

Powell denies ever knowingly taking illegal drugs, meanwhile Gay says he's been let down by someone he trusted.