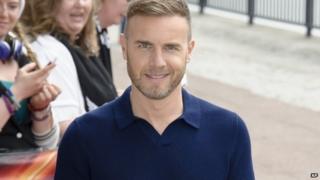 Several newspapers have reported that he could leave in the future to work on another Take That album and tour.

If Barlow was to quit it would pave the way for Simon Cowell to return to the hit show he created.

Gary's already working on the next series and has been on the panel during auditions.