Chat: What do you think of CCTV cameras? 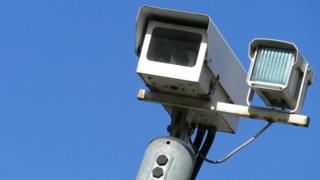 There are up to 5.9 million CCTV cameras in Britain, according to a report by The British Security Industry Association.

The association says it is the biggest survey that has been done so far, and the results suggest there could be millions more cameras in the country than previous records show.

It's thought Britain could have more CCTV cameras than any other country in the world.

Paul Phillips, from the BSIA said: "Internationally it seems there are more CCTV cameras here than elsewhere." But that could be because other countries might not keep a full record of their CCTV cameras.

Footage from CCTV cameras if often used by police as evidence to convict criminals, and some people believe this helps prevent crime.

However, there are others who believe such a high number of CCTV cameras is an invasion of privacy, and charities like Big Brother Watch campaign against them.

"I think CCTV cameras are a great idea and they ensure that no criminals get away with destructing the United Kingdom."

"Without CCTV cameras Britain would be a dangerous place to live. For example, shop lifters would get away with stealing a lot more easily causing shops and companies to close down."

"I think CCTV cameras are bad because if a criminal got to be in control of them they would be able to see everything."

"I think there are too many and invade privacy, like if you're picking your nose; it would be recorded on tape and everything, so embarrassing!"

"They are there to keep you safe and CCTV cameras are a positive thing!"

"I think CCTV cameras are excellent for the UK. Children in the UK are being protected as they are being fitted into schools, even though sometimes they do invade privacy."

"It's an invasion of privacy, but it's for our own good."

"I think that CCTV is a good way to help solve crimes, but also invades privacy."

"I think that CCTV are really good because they alert the police if someone is not being good."

"I think CCTV cameras are a good idea! If police were tracking down a criminal, and the criminal had been spotted in a shop, they could look at the CCTV film and find out more about the criminal."

"I think Closed-Circuit Television (CCTV) is a good idea because it helps the police and private security companies track potential criminals without them even knowing."

"They are there to keep you safe and CCTV Cameras are a positive thing!"

"I think CCTV cameras are excellent for the UK. Children in the UK are being protected as they are being fitted into schools, even though sometimes they do invade privacy."