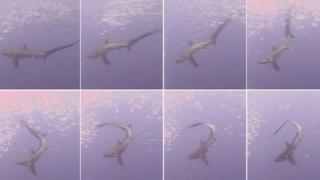 Scientists have filmed a thresher shark using it's super-long tail to stun large groups of prey.

The footage shows the shark dipping its nose before swiftly bringing its tail upwards and over its head.

The sharks tail makes up half the length of its body, so it had long been suspected that it was used as a hunting weapon.

Watch the video to see the shark in action. 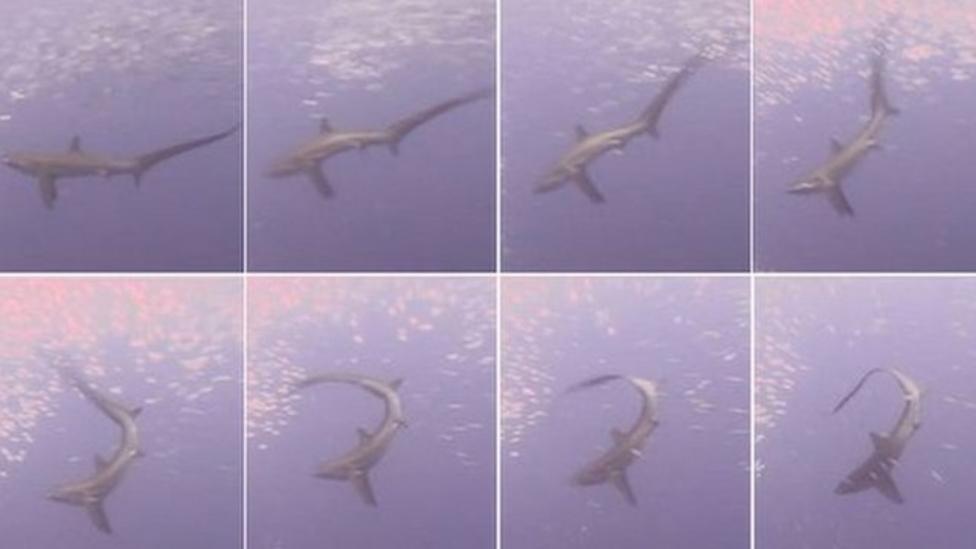 Why have indoor swimming pools been closing down?