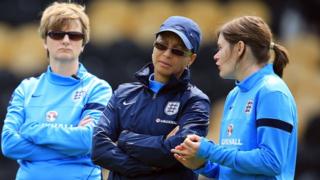 Hope Powell has said that in terms of technical ability, England's ladies could beat the men's national side.

The England coach was speaking to Newsround ahead of the 2013 Women's Euros competition in Sweden.

When asked whether the women's team could beat the men's team, she answered: "Absolutely, why not?

"I think physically the guys are obviously a lot stronger than the women, but if we took it on technical ability we're as good as the men."

She continued: "We'd give it a good go."

"But the growth of the game means more people are interested in the game, and it's flourishing."

Check out MOTD Kickabout's Women's Euro special every Saturday during the tournament at 7:40am, exclusively on the CBBC Channel. 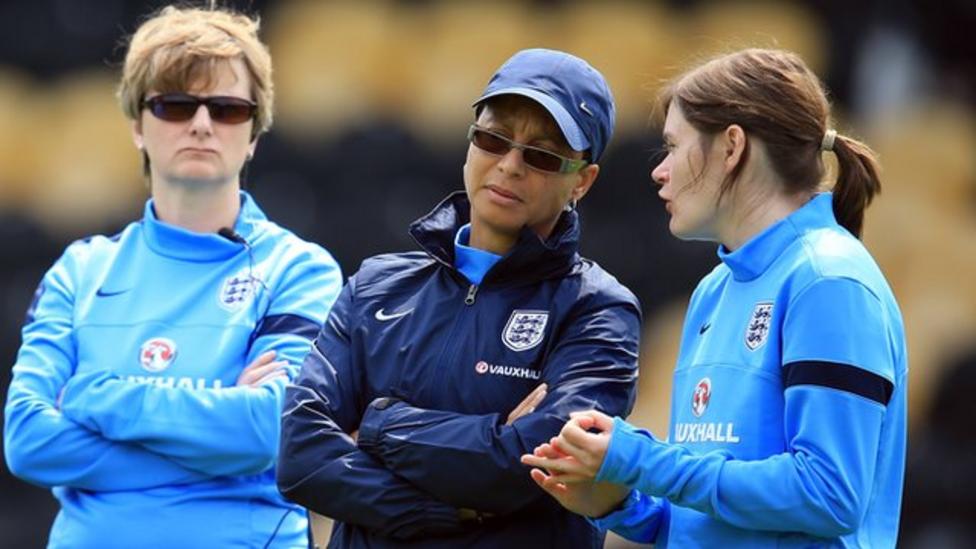