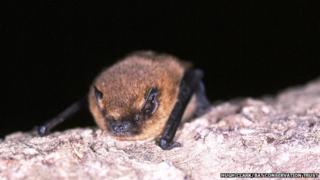 Britain's bats could have problems this summer after two cold springs in a row, says the Bat Conservation Trust.

Numbers of the animals appeared to drop between 2011 and 2012 and the charity's worried that the bats will struggle to bounce back.

Seventeen species of bat breed in the UK. The animals are most active in the summer when they breed and prepare for winter hibernation.

"After two years of long, wet winters and a particularly late and cold start to summer this year, the outlook isn't too promising for our bats," says the charity.

It says breeding has been delayed because of the weather and when baby bats are born late in the summer, they have less time to feed and get to their full size before they go into hibernation.

This could make it harder for them to survive the winter.