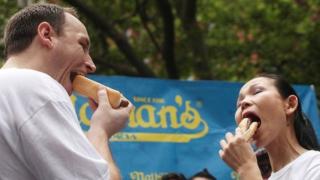 Hundreds of people turned up to watch a famous hotdog eating competition in America.

It was the 98th hotdog eating contest in New York which is held in the city every Independence Day.

The winner of the men's competition was Joey Chestnut, he wolfed down 69 dogs in ten minutes to win the world title for the 7th year running, beating his own record.

Sonya Thomas chowed down 36 hotdogs to become the women's champion. 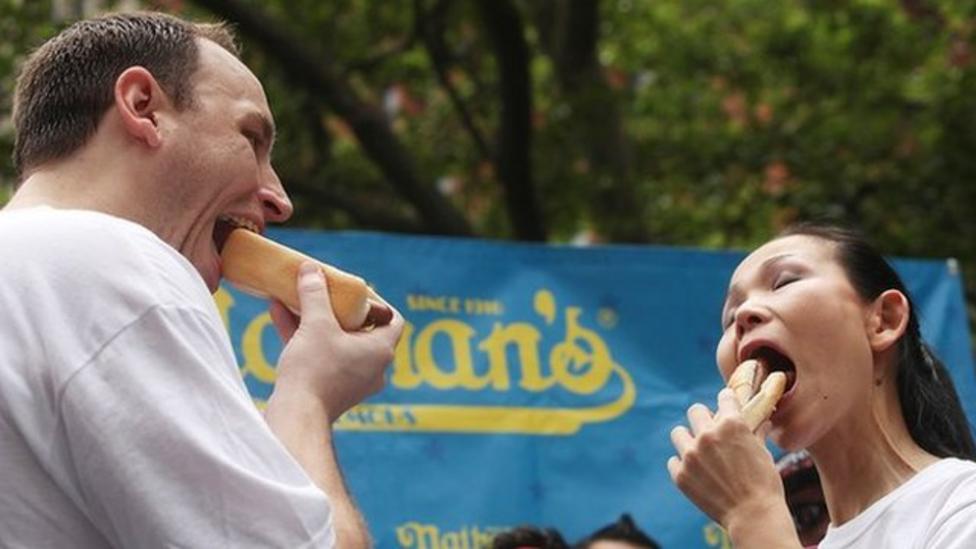