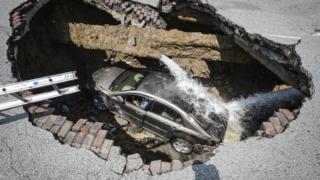 A woman had a lucky escape after her car fell into a huge hole in the road.

Pamela Know was driving along in America when the road collapsed and swallowed her car.

Firemen came to her rescue and helped her climb out of the hole.

The sinkhole is thought to have been caused by a water leak under the road.

Mrs Knox was not hurt but did go to hospital just to make sure she was ok.

She said: "All of a sudden, my car was falling and rolling. I was scared and really terrified." 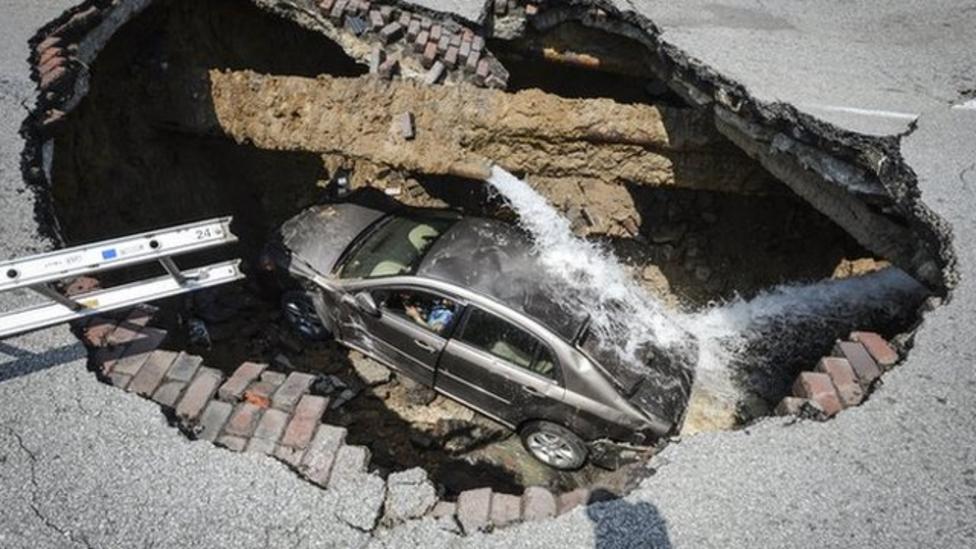