Humans could evolve to grow beaks instead of teeth 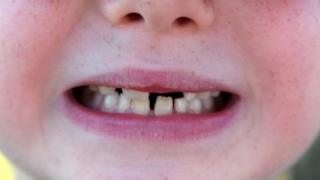 Trips to the dentist, braces and toothache could one day be a thing of the past, according to one scientist.

Dr Gareth Fraser, a biologist at University of Sheffield, thinks that human teeth could eventually fuse together to form a pointy beak.

A beak would be much tougher than teeth, and would not rot, chip or fall out!

Dr Fraser got the idea by looking at pufferfish, which start life with a set of teeth and then develop a beak.

These poisonous fish never stop growing the tooth-like material that their beak is made from. 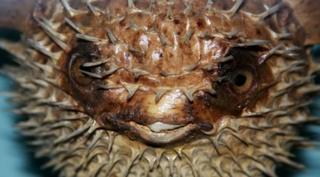 A pufferfish is also known as a blowfish

And pufferfish aren't the only creatures with an endless supply of teeth.

Alligators can remake a lost tooth up to 50 times.

Sharks grow new teeth every two weeks, meaning they grow up to 24,000 teeth in their lifetime!

At the moment, humans only make two sets of gnashers - 20 baby teeth and 32 adult teeth, but Dr Fraser reckons he can change this.

He thinks he has identified 'tooth fairy' cells, which could hold the key to allowing us to grow set after set of teeth.

But don't stop brushing your teeth just yet - Dr Fraser thinks it will be around 50 years before we can grow extra teeth on demand, and several million years before we get pointy beaks!