Real Navy seals and other animals in top jobs 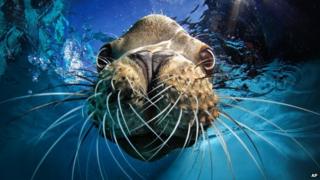 Rufus the hawk that works hard at Wimbledon, Middle Mouse the owl who's on work experience in an office... some animals have really important and often unusual jobs.

Here are our favourite hard-working creatures:

Bottle-nose dolphins and California sea lions are trained up to help the Navy in America.

Both species have top diving skills and super senses. 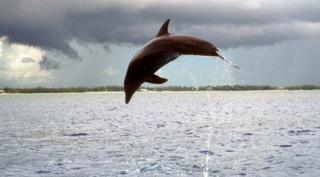 Dolphins use the most sophisticated sonar system in the world and can use it to detect objects in the sea.

Sea lions are really good at seeing and hearing underwater.

The navy train the animals to dive deep into the water to find objects like sea mines.

Once they've found something the animals are moved from the area and the navy teams then move in to deal with it.

Dogs are often described as a 'man's best friend', and it's no surprise when you hear about the hero hounds that scale mountains, climb through rubble or risk their own paws to save people's lives.

Rescue teams from all over the world have specially trained dogs that they take with them to emergencies. 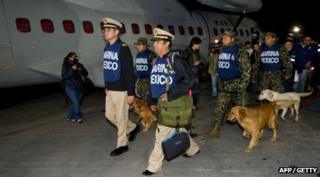 The Mexican Navy flew in with their specially trained rescue dogs to help in the aftermath of the earthquake that hit Haiti in 2012.

With their amazing sense of smell, dogs are very useful at sniffing out objects which makes them expert bomb detectors. 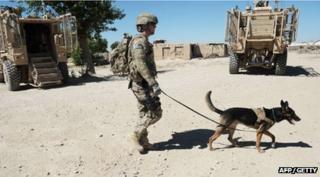 The British Army has five special units that uses about 200 trained sniffer dogs.

Theo the spaniel was awarded a top prize for saving the lives of soldiers in Afghanistan.

Dogs of course, are not just heroes in faraway places or in disaster zones they also help millions of people in their own homes.

Guide dogs are the most well-known for helping blind people, but more and more dogs are trained up to help people with other illnesses and needs.

According to American broadcasters, goats are being drafted in to get to work in some airports. 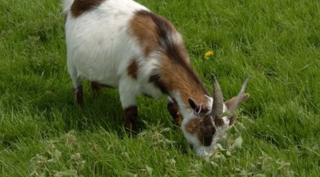 One airport manager said they choose goats over mowers because they eat fast and they don't harm other species that use the land.

Why? Well, goats just love munching and airport bosses decided the animals would do a good job at clearing overgrown grasslands.

Airports in Chicago, San Francisco and Seattle have all used goat herds.