What do you want to ask Disney star Ross Lynch? 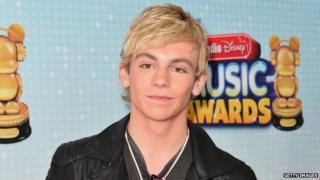 Newsround are off to meet Disney star Ross Lynch to find out all about a new film he's starring in called Teen Beach Movie.

The teenager, who's won awards for his role in the Disney channel show Austin & Ally, will be playing Brady who ends up going back in time and getting stuck in a movie.

The film was shot in Puerto Rico and stars Disney Channel newcomer Maia Mitchell as McKenzie.

Ross is also in a band called R5 with his brother Riker who's in Glee and their other brothers and sister.

So, what do you want to ask Ross? Leave a question in the form below and we'll pick some of the best ones to ask him.