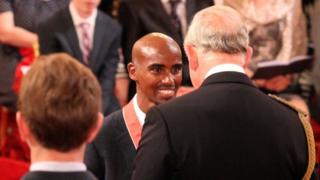 Olympic gold medallist Mo Farah is one of many people to collect New Years Honours at Buckingham Palace.

The long-distance runner was awarded a CBE for services to athletics by the Prince of Wales. 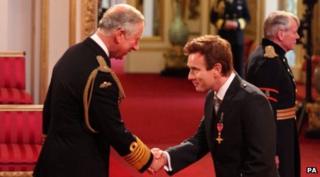 Actor Ewan McGregor, who stars as Obi-Wan Kenobi in the Star Wars films, was given an OBE for services to drama and charity.