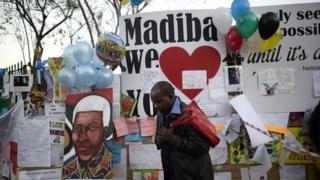 The granddaughter of Nelson Mandela has said he is in a stable condition, though he remains critically ill.

The 94-year-old former South African leader was admitted to hospital nearly three weeks ago with a lung infection, but his health has recently worsened.

Huge crowds have been gathering outside the hospital, many leaving messages of support and flowers for him.

His granddaughter, Ndileka Mandela, said the family were taking comfort from the public's support.

Nelson Mandela is one of the world's most respected figures for his work in ridding South Africa of 'apartheid' - a system which treated black people as much less important than white people.

Until 1991, South Africans lived under the apartheid system. It was illegal for black people to use the same schools, hospitals, and even beaches as white people, and conditions in whites-only schools and hospitals were much better.

Mandela believed everyone should be treated equally.

He protested against the way South Africa was run, but in 1964 he was jailed because of his actions.

Mandela remained in prison until 1990. After he was released he led the way to the abolishment of the apartheid system in 1991.

Three years later South Africa held its first elections in which black people, as well as white, were allowed to vote and Nelson Mandela was elected President. 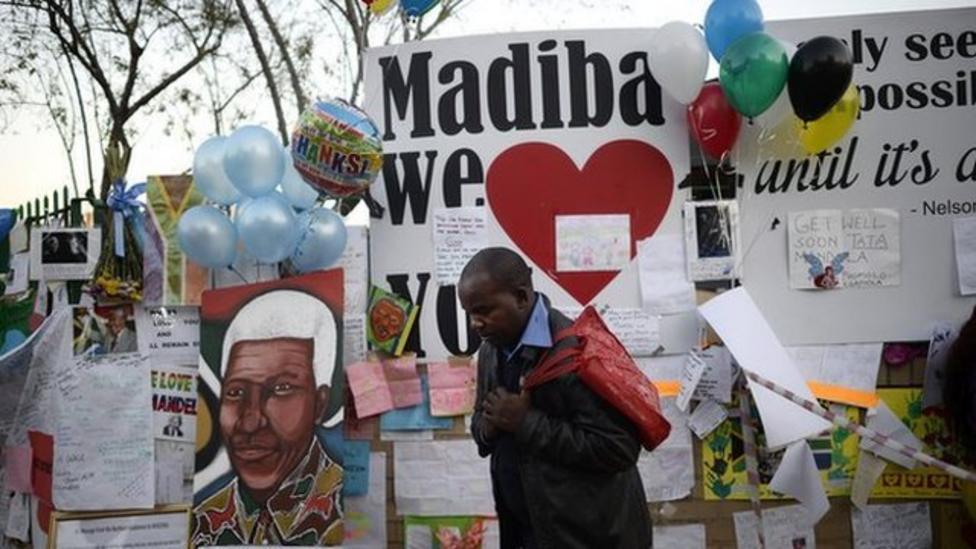