Sochi Winter Olympic torch to be sent to space 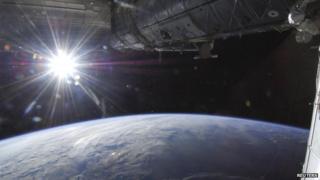 An unlit Olympic torch will be sent into space ahead of the 2014 Winter Games in Sochi, Russia.

The Russian Federal Space Agency will take the torch to the International Space Station in early November as part of the four-month torch relay, which starts in October.

Once in space, two Russian cosmonauts will take the Olympic torch on a spacewalk.

Dmitry Chernyshenko, head of the Sochi organising committee, said; "The spacewalk by two Russian cosmonauts with the Sochi 2014 Olympic torch will be an historic moment."