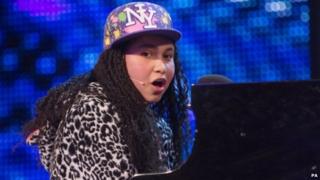 Britain's Got Talent contestant Gabz, who wowed judges with her own song, is to release a single.

The 14 year old, whose full name is Gabrielle Gardiner, came seventh in this year's talent contest - losing out to winning act Attraction.

But that hasn't stopped her, as she said her new single will be a 'dream come true!'

She impressed the judges when she played and sang her own song called Lighters (The One) and Simon Cowell said 'I think it's a hit.'

She'll now work with a producer, who has worked with popstars like JLS and Girls Aloud, to release Lighters as a single.