Warning to cover up webcams after hackers caught spying 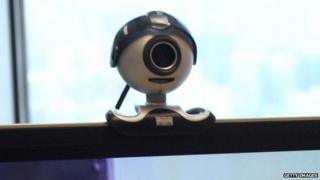 There's a warning to cover up and disconnect webcams when they're not being used - because hackers could be spying with them.

Childnet International also advises people not to leave webcams in bedrooms or other private areas.

Police have said that webcam hackers will be prosecuted.

Hackers can get access to computers by using a piece of malicious software (malware) called a remote access Trojan (RAT).

But some experts have said that this problem isn't widespread - and anti-virus software is able to stop webcam hackers.