A new study suggests chickens are 'smarter than toddlers' 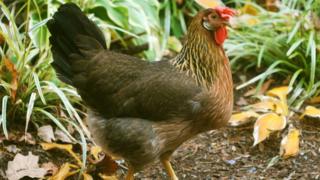 It's been reported that the study shows hens to be masters of a number of complex skills - including numeracy, self-control, and it is claimed, basic structural engineering!

Christine Nicol, the Bristol University professor of animal welfare who reviewed 20 years of research on the topic, said it is wrong to think of chickens as being stupid.

Instead, we should realise that the birds have 'many hidden depths'.

Reportedly the Bristol team found that chickens even have the capacity to outperform toddlers when it comes to numeracy and logic.