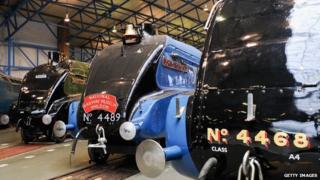 Three popular museums at risk of closure in northern England are "safe" according to the culture minister Ed Vaizey.

Tens of thousands of people have campaigned to save the National Railway Museum in York, the National Media Museum in Bradford and Manchester's Museum of Science and Industry.

Science Museum Group, who run the museums, had said one might have to be closed because of a reduction in the amount of money they receive from the government.

Today the Culture Minster, Ed Vaizey, told the BBC there was "no question" of them closing and says the reduction in funding will be small enough to keep all three open.

A statement from Science Museum Group said it had received "overwhelming support" and would "continue to do all we can to ensure that the museums remain open".