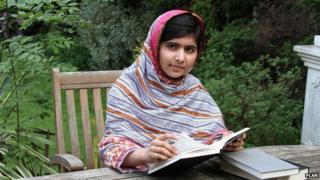 The teenager will mark her 16th birthday at the big event, which takes place in New York City on 12 July.

She is expected to call for education to be a priority for girls across the globe, highlighting the needs of 'other Malalas' around the world.

Last October she was shot whilst on her school bus in Pakistan, after campaigning for girl's education there.

Malala now goes to school in Birmingham here in the UK, where she was treated for her injuries.

She has done a lot of work to promote education for girls for which she's been praised by movie star Angelina Jolie and even nominated for a Nobel Peace Prize.

A book which she's written about her life is out later this year.