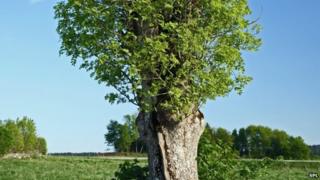 Scientists say they've found a species of ash tree which is immune to the deadly fungal disease sweeping the country.

Ash dieback is a fungus which kills the trees leaves and crown, and in worst cases, it can lead to the tree completely dying.

By looking at the genetic make up of the trees scientists say they've discovered why some types of ash aren't affected by the disease.

They hope to be able to use that information to grow trees which are resistant to the deadly fungus.

It's thought a whole generation of ash trees could die from the disease was first discovered in Britain a year ago.