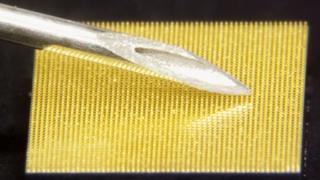 A wearable skin patch that can deliver vaccinations has been revealed at a big conference in Edinburgh.

The TEDGlobal meeting in Scotland is organised to show off some of the newest and best ideas around on how to improve the world we live in.

The patch's inventor Prof Mark Kendall says using a patch instead of a needle could bring big changes to the way medicines are delivered.

Each patch is covered in thousands of tiny vaccine covered spikes which release the medicine when placed on to skin.

Unlike regular needle vaccinations the patches don't need to be stored in cold temperatures.

Prof Kendall said; "Half of vaccines in Africa are not working properly because refrigeration has failed at some point in the chain." 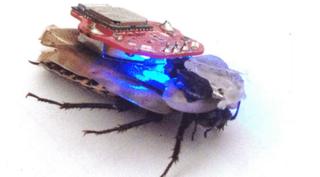 A robotic cockroach has also been revealed

The patch isn't the only amazing invention to come out of the conference.

A project to create tiny robotic cockroaches has also been revealed.

The insects, which would be used as a neuroscience learning tool, are controlled by mobile phone.