Bolt bounces back to victory in Diamond League 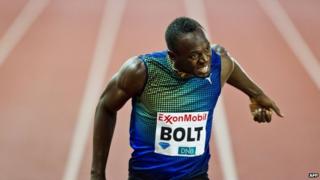 Usain Bolt has bounced back from a shock defeat in Rome to ease to victory in the 200m at the Oslo Diamond League.

The lightning Bolt became the fastest person to run the distance this year.

Last week the six-time Olympic gold medallist lost the 100m race to Justin Gatlin by just one hundredth of second.

After the race Bolt tweeted; "Very chilly but I ran as fast as I could, and as I promised. It was good so I can't complain."