Two maintenance men had a lucky escape after they were left dangling near the top of a skyscraper in the US city of New York.

The men were trapped outside the 45th floor of the Hearst Tower after their maintenance platform collapsed.

They were stuck on the side of the building for more than half an hour until they were saved. 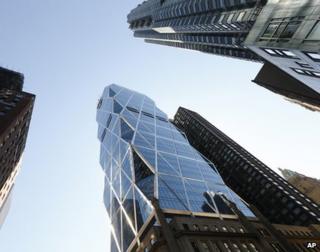 AP
The men were stuck up near the 45th floor!

Fire department workers cut through the windows on the 44th floor of the building to pull the men to safety.