Have you ever wondered what your cat gets up to when you're not around?

Well now an experiment set up by BBC science programme Horizon has some of the answers!

Fifty cats in a village in Surrey have been put under 24/7 surveillance with GPS trackers and tiny cat cams.

BBC science reporter Rebecca Morelle has been to meet the team to see what they've found out about our feline friends...

We wanted to see if you thought your pets had secret lives, check out some of your comments and pictures below. 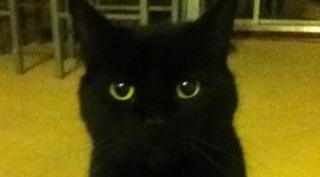 "This is my cat Ziggy, when he goes outside he plays with other cats and tries to catch mice and birds." 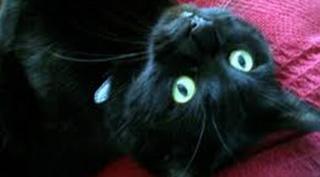 "I think that my cat Kitty is a secret agent trying to catch evil mice." 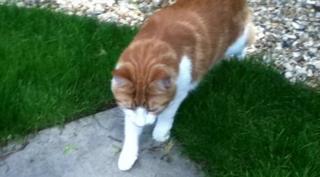 "I think my cat is in a club with the neighbours' cats and they go around eating mice and birds."

"I think my cats watch telly while me and my family are out because we came home one night and the telly was on!"

"My cat Jessie goes on the roof an eats the bread for the birds."

"My cat Poppy is constantly bashing into the wall next to her cat flap! You can hear her coming in and out from the bedroom upstairs, but no one can get any sleep from there as the sound vibrates up the stairs and into that room!!!"

"One of my dogs once went out at around 7:00 o'clock and came back with another dog! Me and my family think it was his girlfriend. My dog likes this 'girl' dog so much that he shared his dog food with her, I found it hilarious!"

"My cat definitely doesn't do anything interesting. She's pretty old and spends most of her time eating, begging for food or sleeping!"

"I have a cat called Bailey. I think when I am away he does secret filming for movies!"

"Our cat is called Pebbles and our family found out that she had a secret boyfriend! They used to hang out together in the back garden but now they have had a fight!"

"It probably isn't true, but I like to think that when I'm asleep my cat transforms into a superhero!"

"I don't have a cat but the lady next door has a cat and I think it runs though hedges backward when it's out because whenever I see it it always looks a right mess!"

"I think my cat stripe is secretly a model for cat food adverts because sometimes goes missing and doesn't come back for two days I think those two days are filming days and when I see the advert the cat looks just like him..."