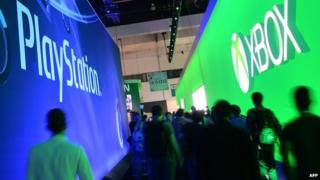 Sony's Playstation 4, Nintendo's Wii U and Microsoft's Xbox One are the next generation of games consoles - but which one is best?

Newsround puts the consoles head-to-head in this guide.

What games are available?

Xbox One and PS4: There are some early launch games coming to both consoles such as Fifa 14, Lego Marvel Superheroes and Just Dance 2014 but the big battle will be over which console releases the best exclusive games. Both consoles will only play new games though - Xbox 360 and PS3 discs won't work.

Wii U: popular games like Just Dance 4 are already available - plus new versions of old favourites like Mario Kart are on the way. The Wii U can also play games designed for the original Wii.

Can you lend games to your friends? 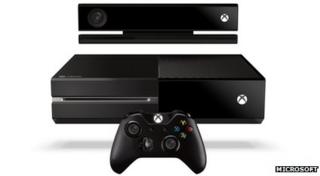 A few years ago, being able to lend your games to friends was completely normal. Today, it's become a special feature!

PS4 and Wii U: both let you buy second hand discs and share your discs with your friends, without restrictions.

Xbox One: when first announced, Microsoft said there would be restrictions on second hand games. They changed their mind in June and will now let you share games on a disc. Games downloaded from the Xbox online store cannot be resold.

All three consoles have their own version of motion control, where you play games by moving around the room.

Xbox One: comes with an upgraded Kinect sensor that can identify individual fingers - even in the dark!

PS4: also has an optical motion controller, similar to the Playstation Eye for the PS3.

Wii U: the console doesn't have a camera system like Kinect and instead detects movement through the handheld controller. 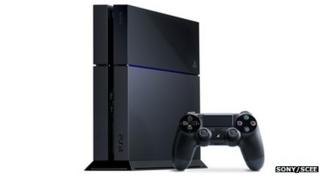 Xbox One and PS4: both support the latest 4K displays which squeeze in more detail than HD for crisp, realistic pictures. At the moment, hardly anybody has a 4K compatible TV - but five years from now it could be a different story.

Wii U: the console doesn't output 4K but it's not a big problem at the moment. The Wii U can still output full HD pictures and Nintendo's colourful, cartoony games look fine in HD.

Can I watch films and TV on it?

All three consoles can play movies over the internet - but you'll have to pay an additional subscription fee for film services.

Xbox One and PS4: both can also play DVD and blu-ray movies in the optical drive.

Wii U: can only play games in its optical drive, not movies.

Can I browse the web on it?

PS4 and Wii U: both come with a web browser for checking out websites - although the PS4 requires a subscription for online multiplayer games. Both will play games without an internet connection.

Xbox One: can also browse the web. When it was first announced Microsoft said the Xbox One would need to connect to the internet at least once a day, to check you're not using illegal copies of games. They changed their mind on this in June 2013.