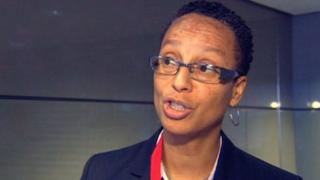 The England women's football squad for the Euro 2013 tournament is being unveiled on Monday by manager Hope Powell.

Hope led the England squad to the final of Euro 2009 - and was in charge of the Team GB women's football squad at London 2012.

Her next challenge will be to take England to victory at Euro 2013 in Sweden - but before that she's agreed to give us an interview!

Two junior lucky reporters will be talking to her and we want YOUR questions.

Send us your questions for Hope Powell

What do you want to know about women's football?

Perhaps you want to ask about England's chances at Euro 2013? Or what inspires Hope?