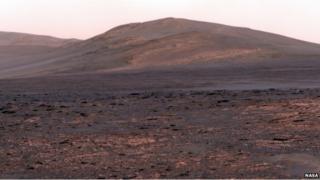 Nasa's Opportunity rover on Mars has made what may be one of its most important discoveries so far.

The robot has found clay minerals in a type of rock called Esperance. It means the rock may have had a lot of contact with water in the past. 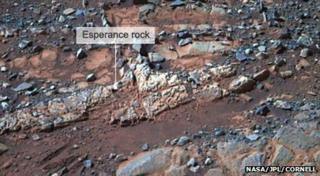 Until now, any trace of water on the planet was too acidic to support life.

Scientist Steve Squyres said: "This is water you could drink... the kind of chemistry that could lead to the origin of life."

The fact that clay exists on Mars suggests the planet was much warmer and wetter billions of years ago. Today the planet is cold and barren.

Rover approaching end of its life

Mission managers have told the rover to move to a location called Solander Point - but the rover may not survive the journey.

Opportunity landed on Mars in January 2004 and Nasa hoped it would work for at least 90 Martian days. A day on Mars lasts about 40 minutes longer than on Earth. 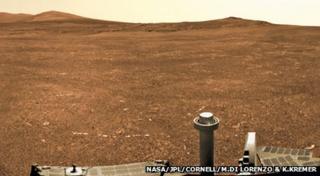 The rover is still working 3,300 Martian days later - but its robotic arm is failing, its solar panels are losing efficiency, and it has to drive backwards so it doesn't wear out!

John Callas, Opportunity's project manager said: "The rover could have a catastrophic failure at any moment. So, each day is a gift."