It's been 100 years since suffragette, Emily Davison, died campaigning for women's rights.

But who were the suffragettes? And why were they important?

Nowadays in the UK, women have the same rights as men, but that wasn't always the case.

In the early 20th century women didn't have the same rights as men - they couldn't vote in elections and the vast majority could only get jobs as house servants.

The battle for equality lasted a long time - today marks the 100th anniversary of one of the most important days in that fight.

What happened to Emily Davison?

A women's right protester, called Emily Wilding Davison, had run out onto the track in the path of the horses.

She was knocked down and later died in hospital.

Emily was part of a group called the suffragettes and had been trying to wrap one of their flags around the King's horse. 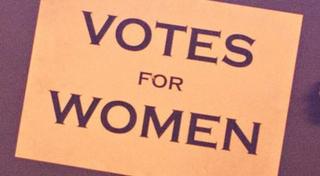 The suffragettes were a movement that campaigned for equal opportunities for women.

As part of their protests they let off bombs, smashed shop windows and set fire to buildings - which meant they weren't popular with everyone.

A century has passed since Emily's death - and women now have the right to vote in most countries around the world.

But there are still some places where that isn't the case - meaning the campaign continues for women to be given the same rights as men.