England draw with Brazil in Rio 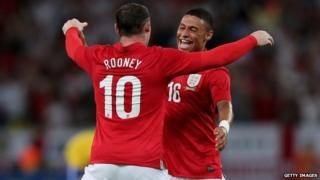 Alex Oxlade-Chamberlain and Wayne Rooney both got on the score sheet during England's 2-2 draw against Brazil.

Joe Hart produced a magnificent display during the first half to keep England in the game.

Fred put Brazil ahead in the 57th minute before Alex Oxlade-Chamberlain made it 1-1.

Wayne Rooney's curler then put England in front but Paulinho's goal made it 2-2 with eight minutes to go.