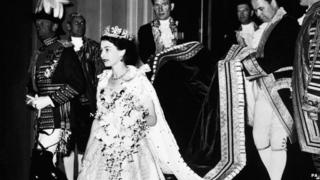 The Queen is celebrating the 60th anniversary of her coronation this Sunday.

Millions followed the event on radio and TV - with many people in Britain buying televisions for the first time so they could watch the event at home!

As the 60th anniversary is on a Sunday, the Queen is marking the day privately at Windsor Castle.

But she'll return to Westminster Abbey for a special service on Tuesday.

There is usually a gap until the coronation - to allow time for mourning the previous monarch and to give time to prepare for the big ceremony.