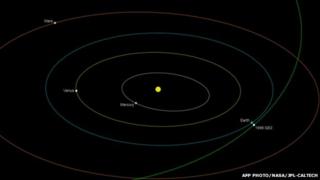 Scientists had said there was no chance the asteroid would hit. They also said it is a similar size to the one believed to have wiped out dinosaurs. 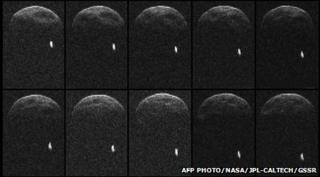 Another asteroid flew much closer to Earth in February, but this rock is 50,000 times larger.

Astronomer Professor Alan Fitzsimmons from Queen's University Belfast said: "It's a big one. And there are very few of these objects known - there are probably only about 600 or so of this size or larger in near-Earth space."