New tornadoes have swept through the American state of Oklahoma.

At least five people are dead and dozens have been injured.

Friday evening's twisters struck near the Oklahoma City suburb of Moore, where a tornado killed 24 people almost two weeks ago. 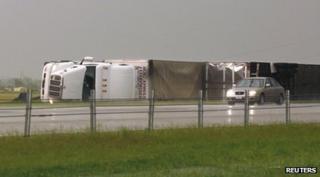 Reuters
Dozens of lorries were overturned by the tornadoes

They hit during rush hour, resulting in traffic chaos on the roads. 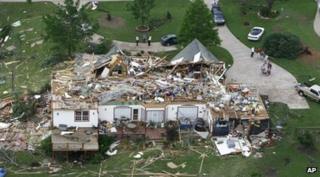 AP
Damage caused by the tornadoes