Mars astronauts 'would get damaging radiation'

Some bad news for Mars mission plans - astronauts travelling to the Red Planet would get a big dose of damaging radiation.

The information's come from Nasa's Curiosity rover. It counted the number of high energy space particles striking it on its eight-month journey there.

It shows that astronauts would be exposed to radiation levels higher than current safety limits allow.

And that's before they'd even reached the planet's surface!

Journey to and from Mars - 660mSv (milliSieverts)

A milliSievert is a unit to measure radiation

Experts will use the findings to look at ways to lower the risk of radiation.

These include getting to Mars as quickly as possible and better protecting astronauts with extra spacecraft shielding.

Two missions - Inspiration Mars and Mars One - have been announced recently that propose getting people to Mars within the next 10 years. 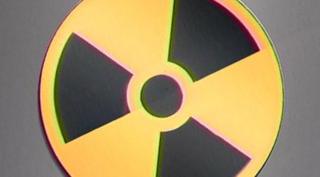 Radiation is a general term referring to any sort of energy that can travel through space either as a wave or a particle.

It can occur naturally - such as light and heat from the Sun - and it can be created, such as microwaves for cooking or from X-rays.

Background radiation is all around us but it occurs in low levels which aren't harmful to humans.